Ann Pancake’s new story collection, Me and My Daddy Listen to Bob Marley, brings readers to the West Virginia territory of her extraordinary novel, Strange As This Weather Has Been. In these novellas and stories, the ravaged West Virginia landscape is such a deeply ingrained part of these characters’ lives that those who move away are lured back—even if they may not completely understand why.

In “The Following,” a Seattle woman finds herself mysteriously drawn to animal bones, eventually using a job interview as an excuse to return to her homeland: “many days I felt so feral I’d choose homelessness over that sense of living inside a speeding car I’d had while working full-time.” And when she returns, she discovers that the land was still a part of her: “The smell of the place. It’d near rolled me. A smell foreign to anything I’d scented as an adult—water on limestone? Appalachian dirt? acorn rot?—but one sniff. And I was eight years old again.”

Yet for a visiting cousin in the story “Sab,” who “said she had to come home and didn’t think a week would be enough…Said she really just needed to get out in the woods…” finding her roots proved more difficult. “How long do you think it’ll take,” she asks, “before I’ll get all the city out of me?” 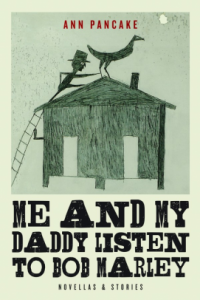 For most of these characters, the landscape is so deeply a part of them that they can never fully leave it behind — and the tragedy of its destruction weighs heavily on them all, from the retired miners in “Arsonists” who watch their town burn down one home at a time to the narrator of the novella “In Such Light” who “traveled under horizons of coal power plants, heaving up out of their own steam and effluvium like daymare mirages, menacing unoccupied castles, the cooling towers monstrous squat beakers, some mutation out of a chemistry set. The oil refineries with their perverse metal trees, overtall, spindly, their flares rippling, biblical, each crown a sterile altar.”

Everywhere the effects of the coal industry hovers, visibly and emotionally, made vivid by Pancake’s haunting prose. In “Arsonists,” former miners futilely spend their nights on watch, surrounded by the aftermath of fire, to catch whoever is burning down the town’s company-owned homes. “Some of the houses are just scorched, their windows like blackened eyes. Others went full-blaze, gaping open now, their charred rooms exposed—a pitiful vulgar to it…Overhead, the flattened hills roll in dead slumps, like men’s bodies cold-cocked…like men knocked out. The humps of their twisted shoulders, their arms and legs drunk-flung. Them sprouting their sharp foreign grass.”

Among Pancake’s many gifts are to reveal at once the beauty of her native landscapes and the suffering it endures — where, as she writes in “Arsonists,” the mountain-top blasting turned day to night and “dust stormed the hollow so thick…everybody’d had to birth their headlights, their houselights, right through the middle of the day…That year, there was no summer green, no autumn red. Everything evergray and velvet.” And Pancake’s every sentence is something to be savored — from the pitch-perfect voices and descriptions (“He says his words like flat creek rocks laid”) to the details that reveal physicality as well as character and place (“The bottom half of his face was twice as long as the top, out of balance even by horse standards”). 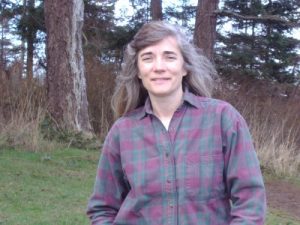 The narrator of “The Following,” the only story set outside of West Virginia, is overly aware, in part due to the recent losses in her own life, of the “Great Losses of These Times”—“the atmosphere boiling, the Arctic thawing, oceans rising, species dying.” She reflects: “That same spring my life was being dismantled, BP annihilated the Gulf and a coal company with a criminal environmental record slaughtered twenty-nine miners in the hills not far from where I’d lived as a child.”

That so many other characters in this collection haven’t left their hometowns doesn’t mean they don’t feel the same sense of foreboding; Pancake captures their sensibilities beautifully, from young and teenage girls for whom poverty has made them older than their years to Matley in “Dog Song,” who feels his twenty-two dogs are the only ones who understand him, “the loose part in him” that makes him the object of rumor and nicknames. When his dogs begin to disappear, the despair is overwhelming: “…just when he’d think it couldn’t get worse, think a body couldn’t hold more hurt, another dog would go, the loss an infinity inside him.” Every character reveals an entire mirror landscape reflecting the whole of this region that Pancake portrays so distinctly.

Me and My Daddy Listen to Bob Marley is a stunningly beautiful collection by one of our finest writers — and one of our most important voices in environmental literature.