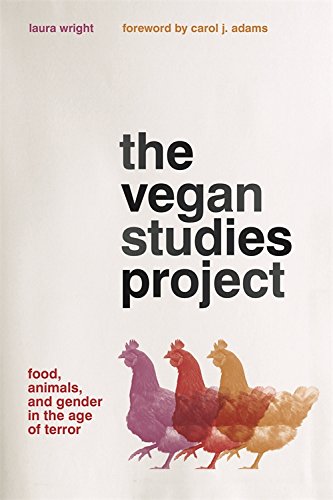 Donald Watson is widely credited with having coined the term “vegan” in 1944, when he and others founded the Vegan Society.

Since then, the word has become so heavily loaded with cultural and emotional baggage (both pro and con) that an increasing number of vegan restaurants and food brands I come across now use the words “plant-based” instead.

But I like the word “vegan” in all its messy glory. And I’m not about to stop using it.

The fact is, the word represents disruption on an enormous scale — to food industries, political systems, religious traditions, family traditions, and personal relationships. This word can make people uncomfortable. There was a time in my life, not many years ago, when it made me uncomfortable.

Which is why I was so interested in reading The Vegan Studies Project by Laura Wright.

The book is largely academic in nature, with plenty of footnotes and references to other academic works. But there are also numerous personal narratives included. While the author doesn’t explicitly call out for the creation of “vegan studies” programs at universities, this would be a natural and positive outcome.

Wright points out that there is no “one” vegan movement, nor one typical vegan. Some people are vegan for animals, some for diet, some for allergies, some for all of the above. But Wright illustrates how commonly vegans are portrayed by media and popular culture as one entity: elitists, separatists, even terrorists. More culturally loaded words.

This is a book that poses considerably more questions than it answers, which is by design. The word “project” denotes the beginning of something, and this book sets out to open lines of discussion around the contemporary vegan movement. Issues such as:

Religion should also be included in this field of study and was curiously missing from the book. I would love to see more researchers tackle how religious works are used to defend meat eating as well as to defend not eating meat.

Veganism/vegetarianism is not a new philosophy. The notion of not eating animals apparently goes back to Pythagoras. But I do find it maddening how over the past few hundred years the movement has bubbled up for periods of time only to fade again from mainstream view. This time, I think, is different — especially as climate change and the environment is increasingly linked with animal agriculture. Reading this book, I’m reminded of the many ways that veganism is becoming more and more central to our culture, even if the word itself is not used outright.

This book sets the stage for more researchers, more writers, more people to better understand this word and what it means to the world.

The Vegan Studies Project: Food, Animals, and Gender in the Age of Terror
The University of Georgia Press