A chance encounter. Fate. Serendipity. Call it what you will, it’s that moment that propels one’s life in a wildly unexpected direction. And the person is all the better for it. 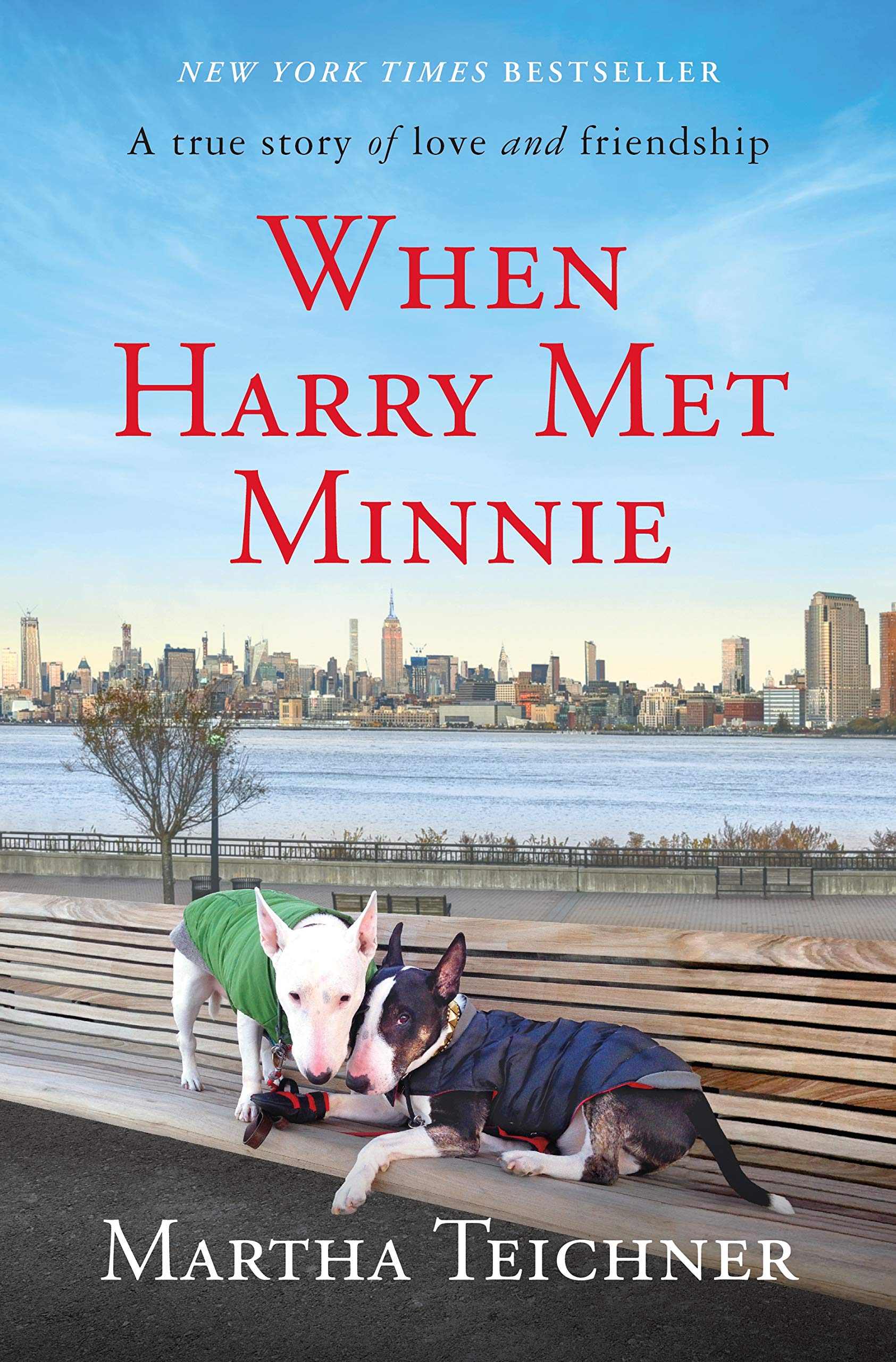 For CBS News correspondent Martha Teichner, the chance encounter that would change her life occurred early Saturday morning July 23, 2016, at the Union Square farmers market in New York City. The market had long been Teichner’s go-to spot on Saturday mornings. Most often, she went accompanied by her beloved bull terriers. First Piggy, then Goose, now Minnie. “I need at least one dog walking along beside me, even better, two, as I push my grocery cart east, across town, and then back. Without a dog or two beside me I feel incomplete.”

At the market, Teichner ran into an acquaintance—a man she’d seen over the years walking his golden retriever. A man she’d spoken to now and again when she, Minnie, and Goose were strolling along the Hudson River at Chelsea Piers, back before Goose had to be put down. A man whose name she didn’t know until that Saturday morning. That’s when Stephen Miller Siegel told Teichner he had a friend who was dying, and this friend—Carol—had an eleven-year-old bull terrier who needed a home. The dog had some health issues, and no one wanted him; Carol’s vet had apparently told her to be prepared to put him down. Siegel knew nothing about Teichner beyond that she had a fondness for bull terriers. But he’d do just about anything for Carol, so he asked:  Would Teichner take Harry?

And so begins Teichner’s new book, When Harry Met Minnie: A True Story of Love and Friendship.

Teichner calls the book “a very New York story, about friendship and community.” It’s also about living and dying, and the connections made between humans, between dogs, and between dogs and their humans.

Teichner’s eye for detail, honed by decades of reporting, and her knack for cogent story-telling are in evidence on every page. I won’t reveal the intricacies of the story, but I will encourage readers to have a tissue nearby. When reading When Harry Met Minnie, they will need it.