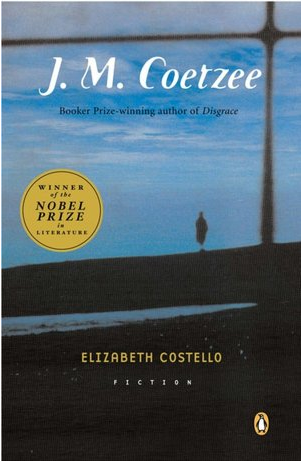 An inside look at the life of an outsider

Elizabeth Costello is a challenging novel, just like the namesake character. This is a book that alternates between brief scenes between mother and son, mother and ex-lover, mother in purgatory — and extended lectures on many topics.

In one lecture which began as an essay — The Lives of Animals — Costello lectures on the cruelty of killing animals. It is a lecture not exactly met with enthusiasm and it’s an experience that many vegans and vegetarians have probably shared at one point or another.

The experience of an outsider.

Coetzee has written about outsiders for many years now. Based purely on his relative silence when it comes to book promotion, my guess is that he has a great deal of experience in this area.

Is he a vegan? Vegetarian? I have no idea. All I do know is that he has captured in this book a feeling that resonates with me.