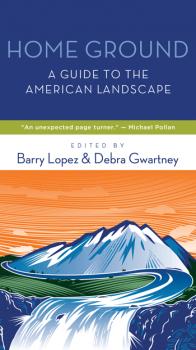 “What draws our attention?” Barry Lopez asks in his introduction of Home Ground, a surprisingly entertaining guide to the language of the American landscape. Humans are predisposed to pay attention to subtle changes in the natural world, harking back to our hunting/gathering days, when knowing and naming these distinctions helped the tribe find dinner, or discourage the setting up of camp on shifting sands. Lopez and Gwartney commissioned a tribe of writers to gather up the words and define them through the lens of the humanities. The evocative phrase angle of repose is the point at which gravity challenges friction, the moment before one succumbs to the other in a landslide. How lovely to be reminded that it is also the name of a Wallace Stegner novel which plays on that dynamic. 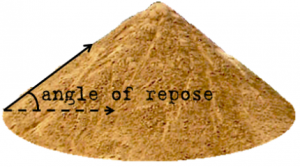 Humans, anthropocentric as we are, are prone to see the landscape not for what it is, but in how it relates to us. An acre, for instance, is not a natural unit, but the amount of land that a man and a yoke of oxen can plow in a day. Many geological elements are named after the human body, such as a neck, a thin strip of land extending into the water, or gut, a small channel through a marsh. We project not just our physicality, but our values and emotions. Barbara Kingsolver defines derelict land as a place that has been used, ruined and abandoned by humans, then labeled as if it brought it on itself. A desire path is the place in a park where humans, not planners, decide where to walk, not unlike a line of desire, which is water’s straight drop down. Sometimes the descriptions are ironic, that particularly human conceit, such as goat prairie, a term used to describe steep, rough terrain. 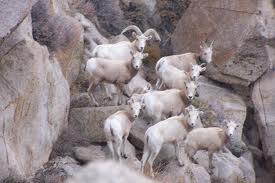 Crossword puzzle fans take note: The Sahara Desert is an erg, a vast area covered by sand, and a guzzle is a natural spillway across a beach, connecting the sea to the marsh. Oh, and the difference between a marsh and a swamp is that a marsh is mostly reeds and grasses, and a swamp is dominated by trees. But 95% of the world’s freshwater is groundwater, found beneath the earth’s surface, and is highly vulnerable to pollution, since everything percolates down. Prairie dogs holes play a part in keeping the aquifer healthy by collecting the rain, and in the places where these critters have been wiped out, the soil becomes to hard to allow the rain join the underground water supply. And if the water in the artic peatland thaws, releasing greenhouse gases, we are more or less doomed. 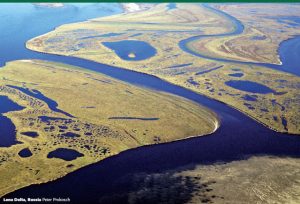 Too many landscape words are familiar these days only through street signs. Michael Collier points out in his definition of knoll, that the word, along with glen, dale, dell, and ridge has suffered debasement in the hands of developers who name their subdivisions Wood Knolls or Lake Knolls or some such other Knoll whose principal geological feature has been replaced with houses. Linda Hogan defines a cairn as one stone on top of another which announces that a human being was here, feeling and thinking. We will have to do more of that. Our survival continues to be dependent on being aware of changes in the environment. Knowing the landscape lexicon broadens our appreciation of what we have, what has been lost, and what is slipping through our fingers like sand.