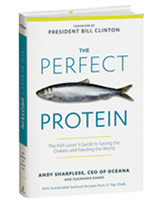 Be still my beating heart. A book that embraces the aquatic ape theory of evolution, and includes a recipe for jellyfish. My novel Float does too, but I was writing in the playing fields of fiction, and they are dead serious.

“They” are Oceana, an international organization whose goal is to protect the world’s oceans, and in effect, feed the world. This is the organization behind the seafood fraud study 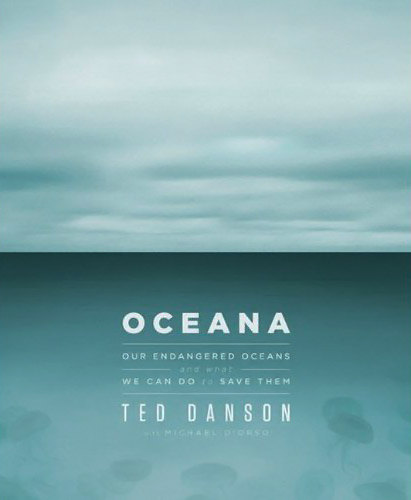 IT’S AN AVERAGE NIGHT. USUAL CUSTOMERS PLUS REGULARS. SAM IS POURING A BEER FROM THE TAP AND CARLA AND COACH ARE TIDYING UP THE ROOM. FRASIER SITS AT THE BAR AND SAM PUTS THE BEER DOWN IN FRONT OF HIM.

Well, I hear congratulations are in order, Sam. You, an author. Will wonders never cease?

Thank you, Frasier. Coming from you, that’s quite a compliment.

A book? Your life in the Red Sox?

Your life as a drunk?

PICKS UP A GLASS AND STARTS CLEANING IT

Neither. It’s about how to save the oceans. I didn’t want to become a vain jerk who just thought about myself. So I started thinking about the sea.

That’s commendable, Sam. There’s nothing worse than a vain jerk.

COACH AND SAM ROLL THEIR EYES

Commendable? The only thing Sam could find bigger than himself was the sea? Isn’t that the thing that covers 75% of the world? What an ego!

Oceana. And for your information Carla, for modesty’s sake I use a pseudo.. pseudo ..

Yeah, that’s right. As far as the world is concerned, I’m Ted Danson. Michael D’Orso wrote it with me, and the good folks at Rodale Press published it, and you know they don’t do any trash.

I’ll be the judge of that.

Oh come on, snooty pants. Give him a chance. Tell us what it’s about, boss! Are there pirates and sea monsters?

What about boats and surfing? I used to surf when I was a kid. I hit my head on rocks a lot.

THEY ALL GIVE ONE ANOTHER A KNOWING LOOK

It’s about all those things and more. It’s about what we’re doing to the oceans, with oil spills, climate change, plastic trash, acidification, over-fishing…